Get Free Chapters On Me!

I hope you’re here because you read one of my books or heard about me in some way that made you want to learn more!

Thank you for stopping by. If you haven’t read any of my writings, here's a sample to get you going – chapters 1 - 5 of The Golden Telescope, Book One in my Jack and the Magic Hat Maker series that will surely get you thinking.

I hope you like the story, but to receive it, you have to sign up for my newsletter. You can unsubscribe at any time if you don't like my messages. But I promise, I won't bug you! I'm far too busy writing my next novel! And if you're worried about privacy, I give you my word I won’t sell your email to anyone for any reason.

Keep scrolling, there is a lot more to see here. 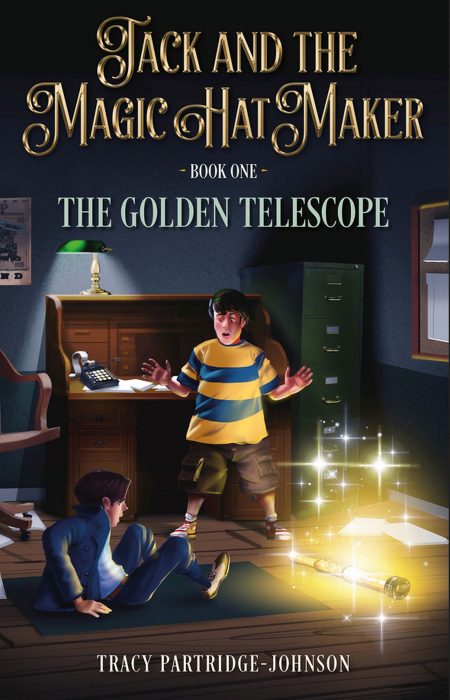 Millions of years before Jack Mac Paidin was born, a rift existed between the forces of good and evil, foisting one energy against the other.

Each side possessed its proponents and initiates, seeking to sway all humankind to their way of thinking. Only a rare, magical anomaly, known as The Power of Three, could tip the balance.

Fast forward to 20th century Ireland, where the Mac Paidin family has held lands and influence for hundreds of years. Their magical legacy can be traced, through bloodline, to the origin of The Order of Light.

As Sir Edward Mac Paidin's youngest child and only son, Ross (Jack's future father) is the heir apparent to the family fortune, destined to inherit the title of Magic Hat Maker.

But Ross has other plans.

Unbeknownst to him, Inez, his older sister, is an apprentice to a powerful witch, secretly devoted to an evil organization known as The Dark Cabal. This demonic cult has seduced Inez, and she is actively working to recruit her younger sister, Clara, to join her in pursuit of world domination.

At the same time, far away in Salt Lake City, Utah, Jack's future mother, Faith, is growing up in a world filled with strange, magical influences of its own.

How will Ross and Faith escape the bizarre world surrounding each of them to live a normal life and ultimately become parents to Ethan, Jack, and Sadie?

What evil powers invade and ultimately crush their dreams, leaving the three children orphans, subjects to the will of their manipulative extended magical family members?

Middle-graders and magic-lovers of all ages will love the time travel, portals, spells, and suspense in the continuation of this fast-paced tale. With additional books following in this fantasy series, Jack and the Magic Hat Maker: Ross and Faith will expand readers' understanding and immerse them in an exciting adventure through time and space, reality and fantasy, in pursuit of one boy's journey for truth and revenge. 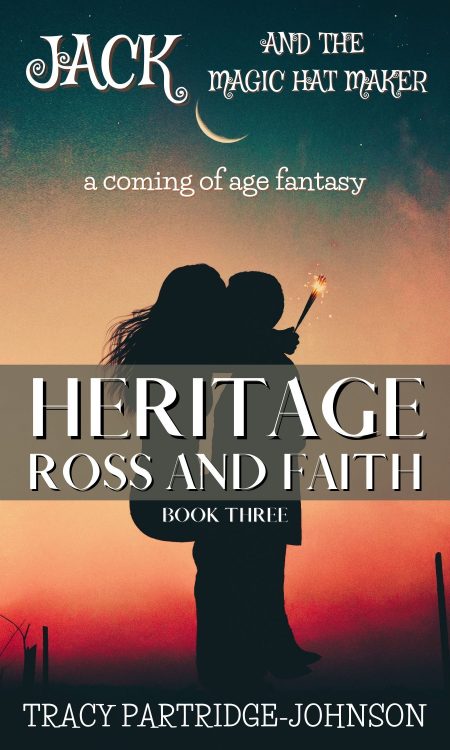 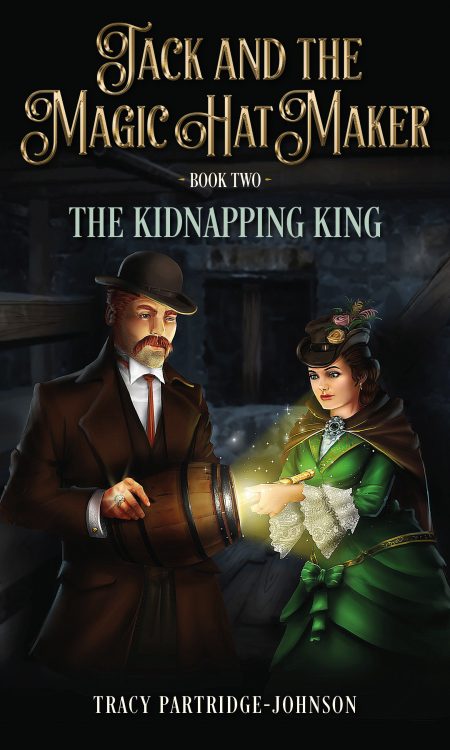 A double crossing brother. An unexpected trip to the past. Friends with magical powers.

It's a race through time for 12-year-old Jack Mac Paidin to learn how to use his powers, escape from his evil family members, go back in time to find his grandmother, and solve the mystery of his murdered parents, all before it's too late.

Jack's wicked aunts have convinced his older brother, Ethan, that Jack is vying to take his rightful share of the family inheritance. All in an effort to pin Ethan against his brother and use him to capture Jack and his magic.

Will Jack be able to help his grandmother return to the present time and reunite his family? And can Lydia protect her grandchildren from the dark cabal who made them orphans and is out to harness their powers?

Jack and the Magic Hat Maker: The Kidnapping King will take readers on an exciting adventure through time and space, reality and fantasy, on one boy's journey for truth and justice. 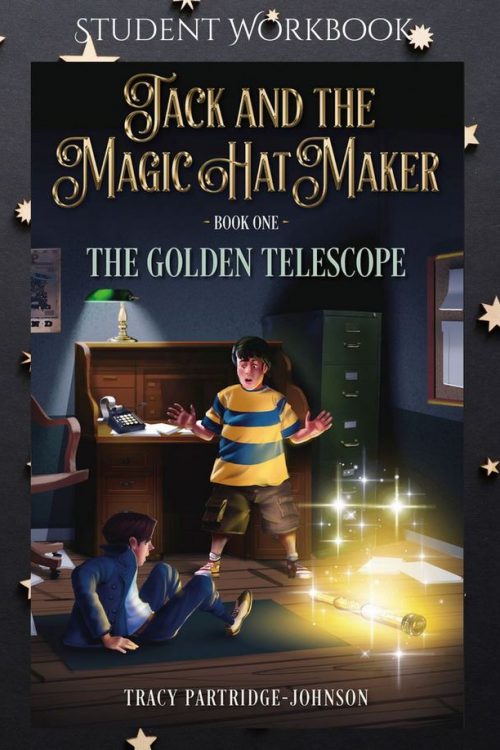 Take the adventure with Jack and his friends to a whole other level with this FUN and INTERACTIVE student workbook!

This companion book is designed to pair alongside Book One: The Golden Telescope. It offers lots of creative options and possibilities for your child to put their thinking cap on and choose the best answers in a series of multiple-choice questions. This activity encourages kids to pay closer attention so they will make the correct choice. Additionally, the text contains many references to real-world places, events, and works of art that might be researched with parents or teachers, expanding the child's natural curiosity and desire to explore the world around them. Plus a whole lot more!

Turn reading time into more than a passive listening experience. This workbook transforms Jack's adventure into an engaging activity kids age 8-13 will love!